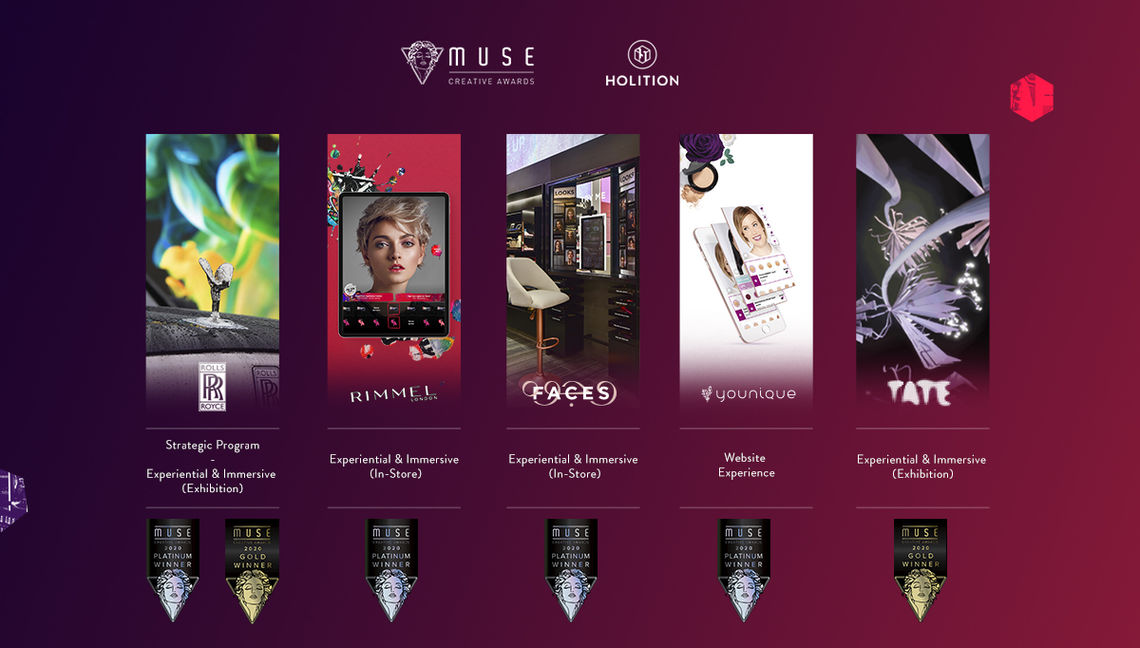 We're absolutely thrilled to share that out of 3820 submissions from 50 countries, Holition has been awarded four Platinum and two Gold recognitions at the prestigious MUSE Creative Awards 2020 competition for its individual collaborations with some of the leading brands within the luxury, retail and beauty industries:

The MUSE Creative and MUSE Design Awards are global competitions, which seek to commemorate the exemplary creative and design professionals of various industries. “These individuals truly embody the spirit of innovation” said Kenjo Ong, CEO of both competitions. “It is a privilege to award Holition for their monumental work! It is always a humbling experience to witness what these creatives are capable of.”

“Harnessing technology to help understand what it means to be human has always been at the core of what we do at Holition, so it feels wonderfully symbiotic that our creative approach to technology has provided this Studio with that most human of emotions, ‘happiness’, by winning four Platinum and two Gold Awards at this year’s International Awards Associates (IAA) MUSE Creative Awards.” says Jonathan Chippindale, Chief Executive at Holition. 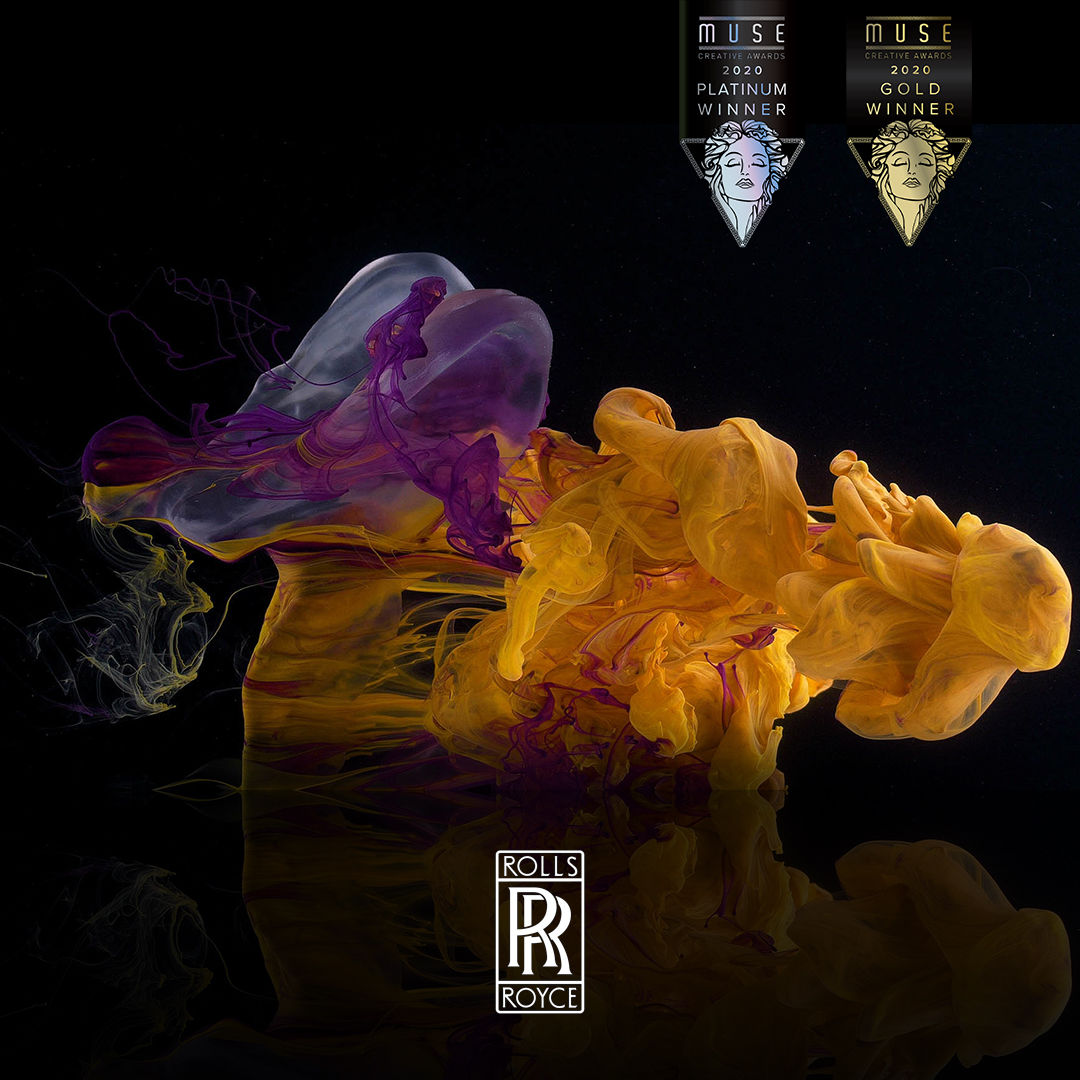 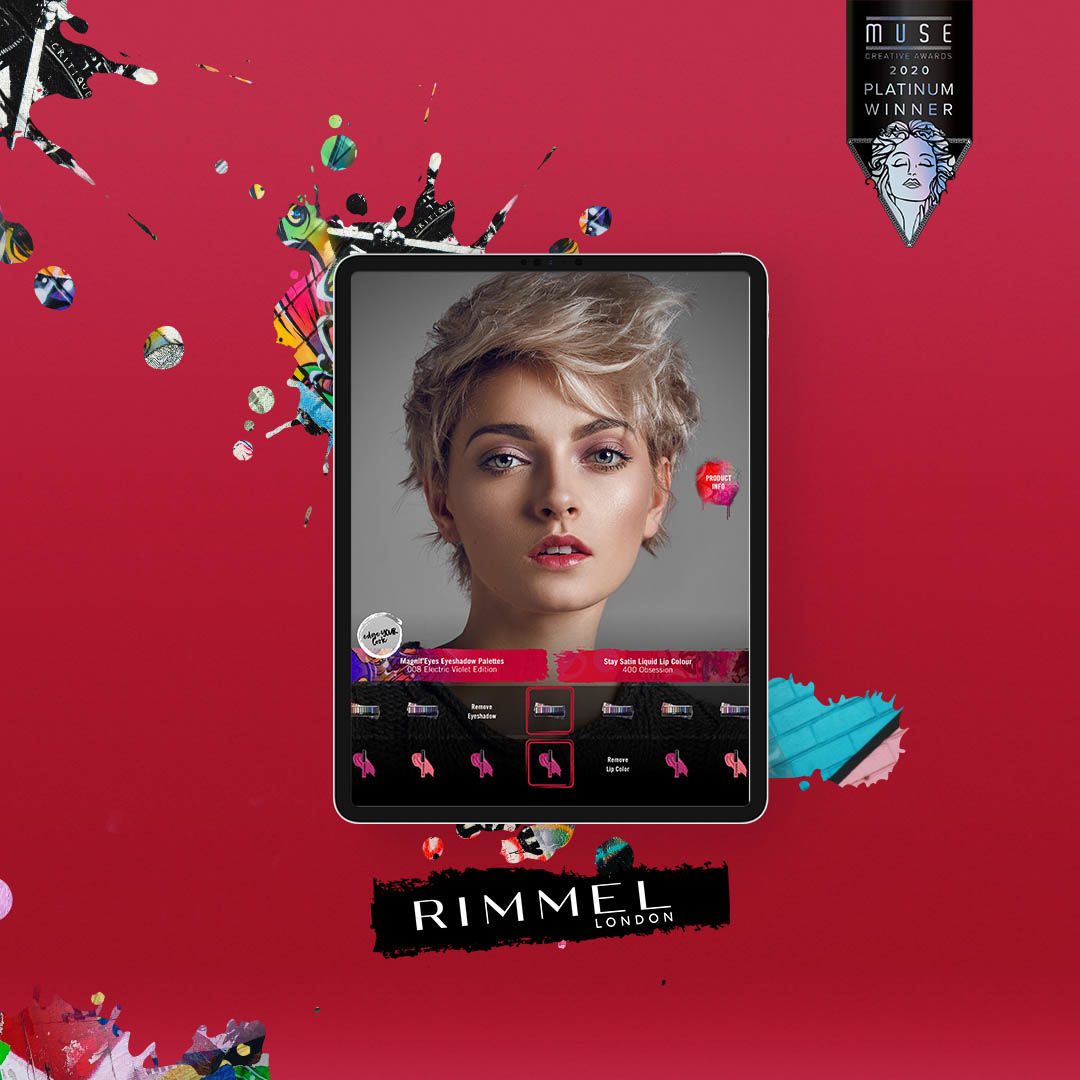 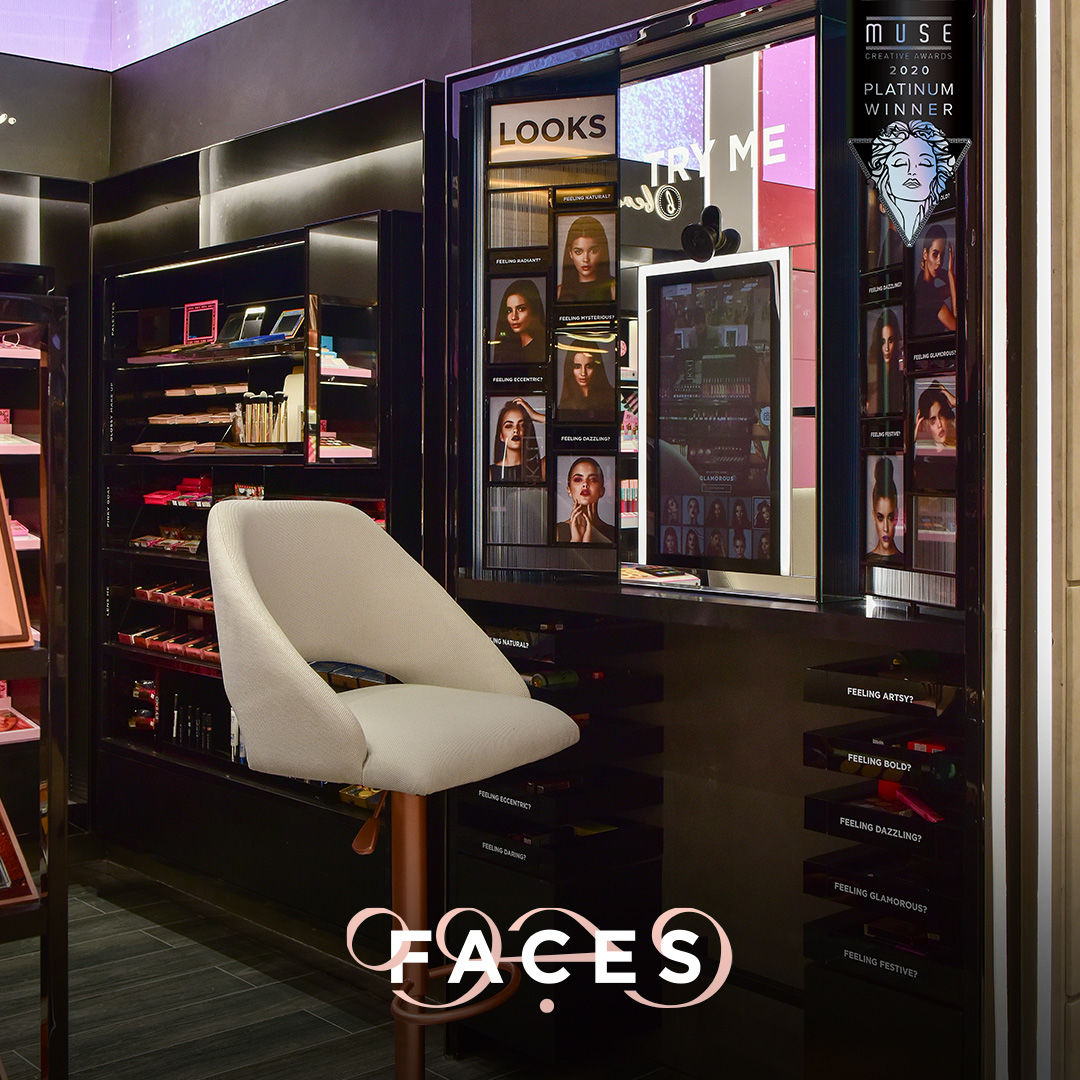 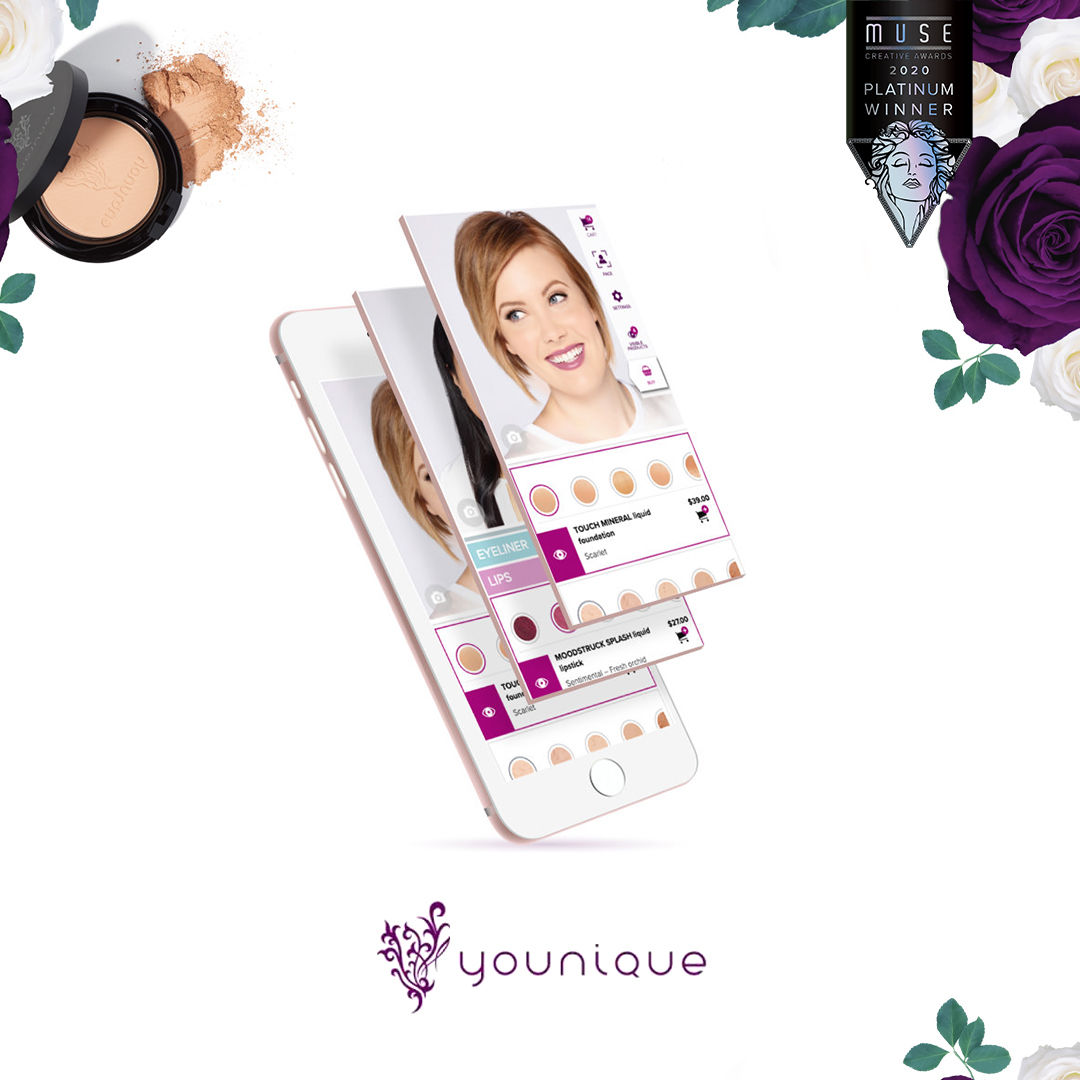 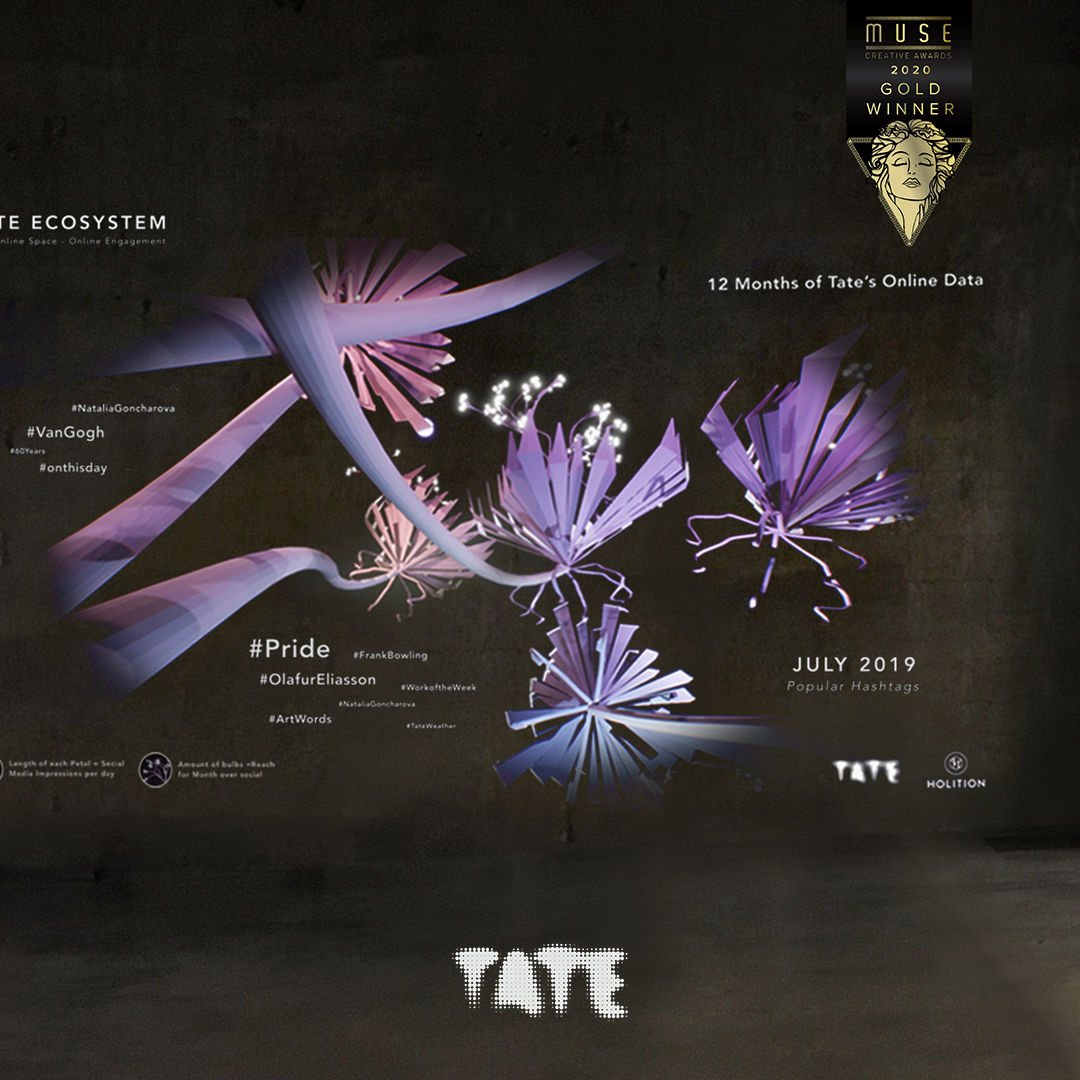 To ensure entries are fairly assessed, a jury panel consisting of top industry experts is set up. IAA further implements a set of strict standards for jurors to judge with. The 2020 panel consists of a team of 48 multidisciplinary professionals, with some jurors reprising their roles. IAA’s recent awards had invited jurors from 19 countries, who represent companies such as Tiago do Vale Architects, Neil Poulton Industrial Design, Icona Design, Eleven Inc., Cutwater, MUH-TAY-ZIK / HOF-FER, Grayling, Saatchi & Saatchi NY, Coley Porter Bell, amongst others.

MUSE entries were gauged in accordance to their respective industry’s best standards. Submissions go through blind judging, where their qualities and concepts were assessed from creative and design standpoints. Winners were then selected based at the culmination of the judging process, who had best met the competition criteria.

“To some, winning a MUSE Award had put them on the map, figuratively speaking” Ong said. “In an era where media oversaturation displaces talents, having a platform to set oneself apart helps. For some people, that platform is MUSE; and to the same people, a MUSE Award marked the start of their careers. This is where they create history.” “IAA has been, still is, and will remain committed to serve creatives” Ong concluded. “The media frontier goes further every year, which leaves us in IAA excited for more.”

Let's have a chat.